As the COVID-19 pandemic has prompted Ann Arbor to block off car traffic lanes to allow for more distanced pedestrian and bicycle traffic, walking and cycling enthusiasts are seeing an opportunity for longer-term change.

This summer Ann Arbor implemented a series of pilot projects called the Healthy Streets Program. Areas of downtown were closed off for walking and other streets blocked off lanes to be used as bikeways. After receiving feedback on the program and in partnership with the Ann Arbor Downtown Development Authority’s (DDA) People Friendly Streets project, additional adjustments were made in August to create more temporary bike lanes, walking space, and road closures. The second wave of the pilot will last until Nov. 10, as the city and DDA continue to receive feedback from the public via an online survey.

While the city has received mixed feedback in the pilot project survey, cycling advocates say this pilot encourages environmentally friendly and healthy transportation, especially for new or cautious cyclists.

“I think this is opening up perspectives of how you can move in a city,” says Nate Phipps, co-founder of the Bicycle Alliance of Washtenaw. “What’s considered progressive here is considered the norm in other cities.” 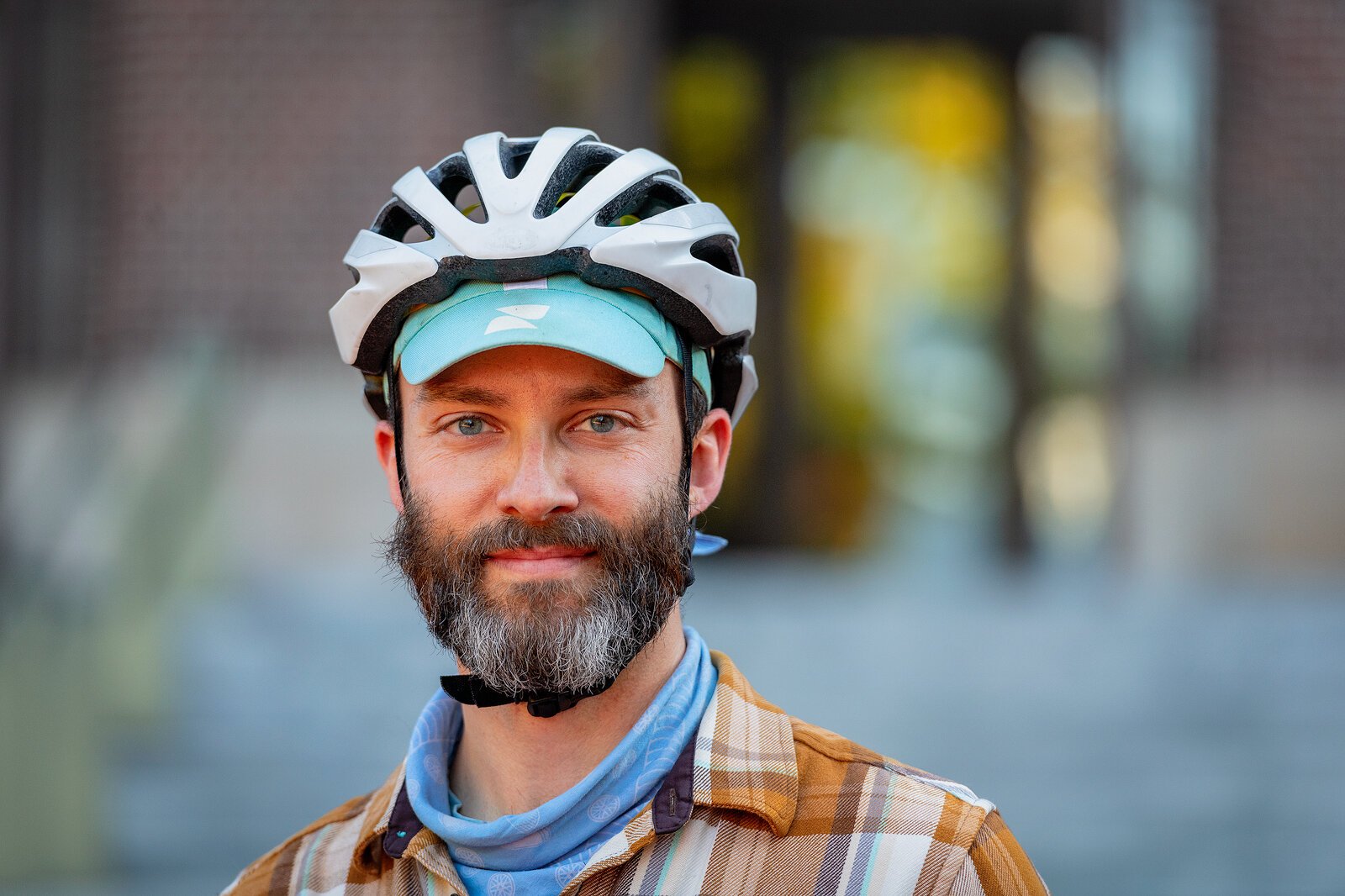 Due to COVID-19, bicycling has seen a huge spike in popularity. Phipps says the new lanes downtown are a great way to support that interest, especially for newer cyclists who are less comfortable riding in a street without a dedicated bike lane.

Seth Peterson, a board member of Washtenaw Biking and Walking Coalition, says he’s not usually comfortable riding a bike on a busy street. However, he recently tried biking down Packard Street using the new temporary lanes and was pleasantly surprised by the experience.

“I find it remarkably freeing to ride in the street that way,” Peterson says. “I usually find another route [due to lack of bike lanes], but being able to ride on a main street is refreshing and it’s usually the most direct way.”

If the Healthy Streets pilot continues or converts the temporary lanes into permanent ones, both Peterson and Phipps say they’d like to see improvements to the bike lanes.

Inconsistent infrastructure and signage for bike and walking lanes is a large concern for many bicyclists, Phipps says. Some lanes have specialized infrastructure such as bollards, while others are separated from cars by orange barrels typically used for construction.

“If you’re someone who’s interested but concerned about safety, you might ride down a street comfortably with separation, but then have to get off at another street that doesn’t have the right infrastructure, and say, ‘I don’t feel safe and I won’t do that again,” Phipps says. “I think the city should concentrate on bike networks that connect and get people to where they’re going with protected bikeways.”

Phipps mentions the William Street and First Street bikeways as perfect examples of bike networks that allow newer cyclists to feel safe and easily travel around downtown. The two-way bikeways are protected by bollards or concrete barriers. Construction on the First Street bikeway is still underway. 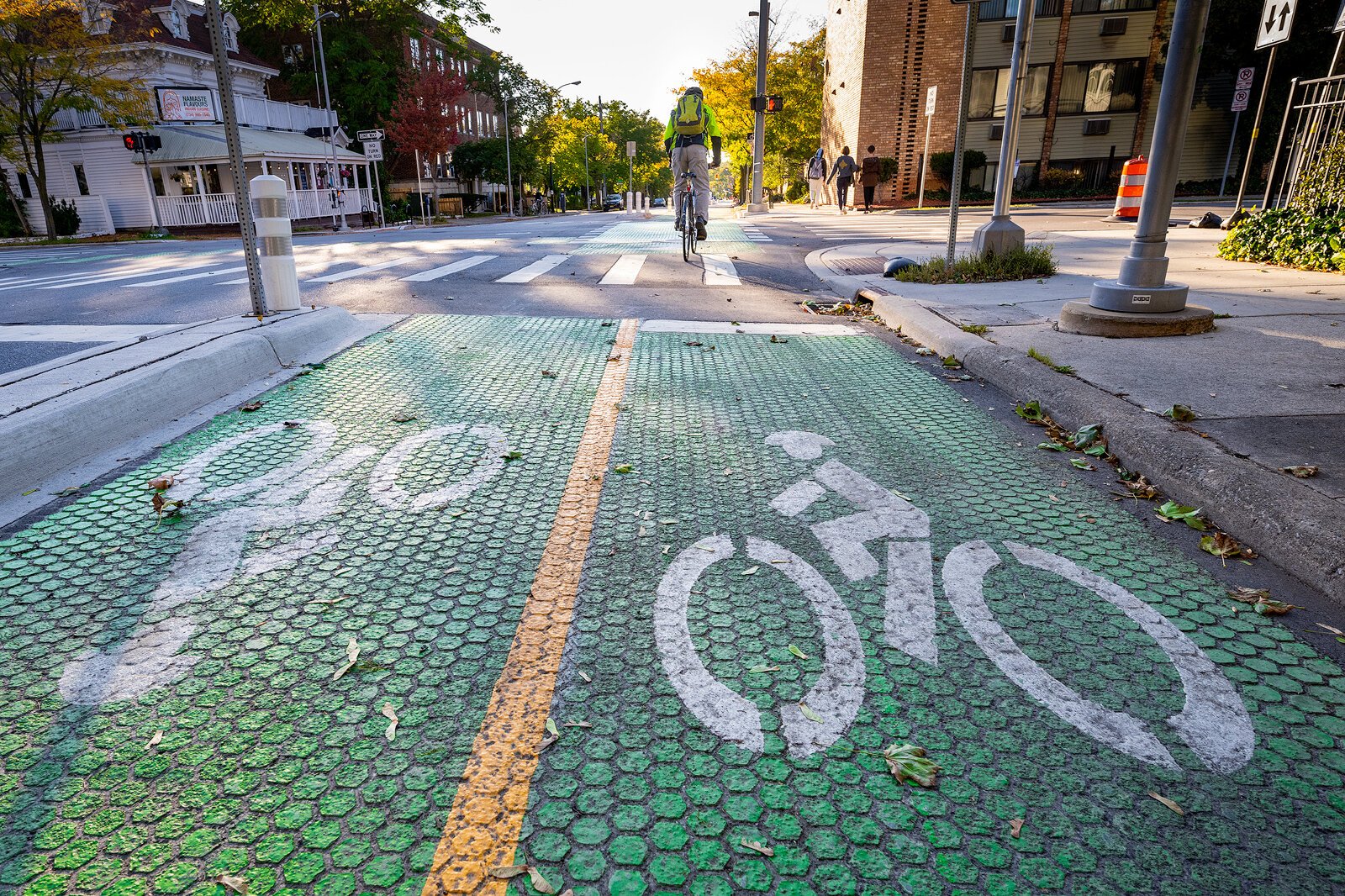 As the Healthy Streets pilot reaches its end on Nov. 10 and the city and DDA consider future steps, Peterson and Phipps hope some elements of the pilot program will continue in the long term. Peterson says permanent bikeways may be more feasible than ever before due to the increase in remote working, and thinks they may continue post-pandemic.

Phipps says he also hopes to see street closures in downtown continue, especially in the summer.

“When people are outside and easily walking around downtown, it feels like a community. It feels different,” Phipps says. “I hope this pilot cracks open a door for people to see the possibilities for getting around, instead of more cars.”

For more Concentrate coverage of our community’s response to the COVID-19 crisis, click here.

Emily Benda is a freelance writer based in Ann Arbor. You can contact her at [email protected].