EUREKA TOWNSHIP — From future passing lanes to road diet projects, and even a new traffic signal or two, infrastructure projects throughout the Greenville area are officially on the docket.

During Wednesday’s meeting of the Greater Greenville Transportation Committee, representatives from the Michigan Department of Transportation (MDOT) updated the committee members on road projects that are scheduled to take place in the coming years.

Several have been scheduled and announced for months, while others were brought to the attention of the committee for the first time.

In being made public to the committee for the first time, MDOT Assistant Operations Engineer Jason Cole said approval has been given for a new stop-and-go traffic light to be installed at the intersection of Lincoln Lake Road and Belding Road (M-44) in Grattan Township, a change from the blinking traffic light that is currently in place.

“The Kent County Road Commission is actually widening Lincoln Lake Road later this year to help with that,” he said. “I don’t know if the signal will go in this year, but we will do our best to get it designed and installed. If it doesn’t happen this year, it would then be early next year.”

“We’ll be doing a lot of investigation on wetlands and environmental impact,” he said. “We’ll be looking at reviewing the plan in May to early June, with a final plan completion scheduled in August or September. Construction should then happen the next year in 2021.”

Kent said the project will cost about $3.9 million out of the state’s Safety Fund and will feature about 8,000 feet (roughly 1.5 miles) of passing relief in both eastbound and westbound directions of traffic. 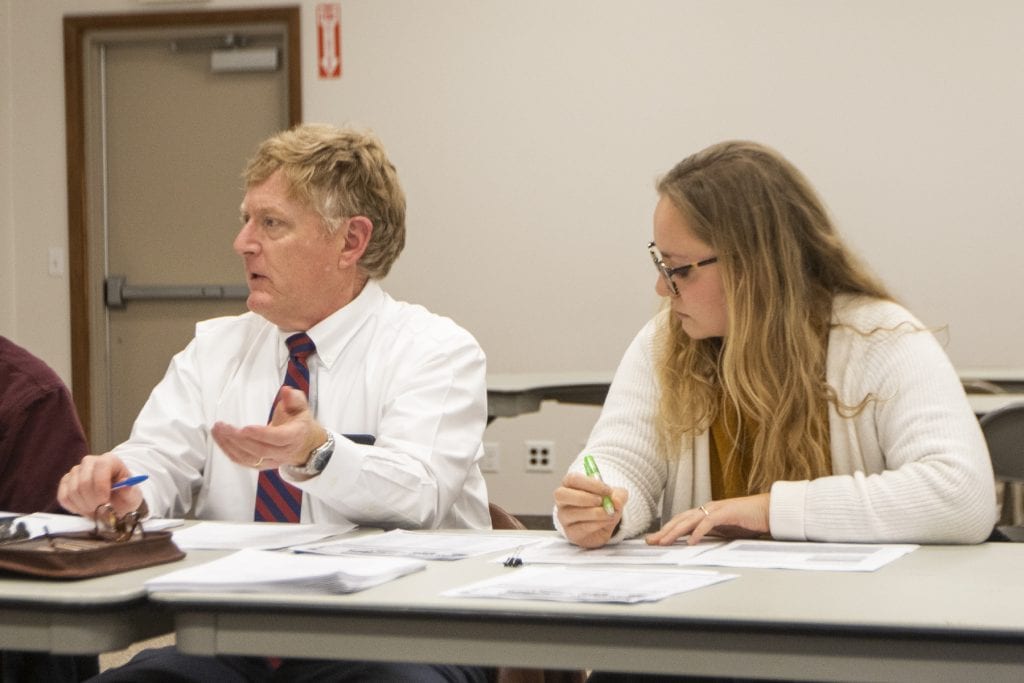 The hale-mile portion of the roadway within the two-mile stretch that will not feature passing relief will instead see a roadside enforcement pad created in partnership with the Michigan State Police, which allows troopers to safely pull over commercial vehicles.

“A lot of these relief lanes occur in the Upper Peninsula and up north, and with the traffic we have up here, it’s a good first step,” Kent said. “M-57 is a corridor that’s improving — the road condition is in good shape — but it’s also one of several in the region that we are looking at and evaluating.”

Additionally, Cole added that the new traffic signal at Maplewood Drive and W. Washington Street (M-57) in Greenville will be installed once the equipment arrives. That project will go hand-in-hand with a “road diet” of M-57 from Maplewood Drive to Luray Street, in which the current four lanes of traffic will be reduced to three — one in each direction with a center passing lane.

Another project that will be coming to Montcalm County this year is the $4.5 million three-mile rehabilitation of S. Greenville Road (M-91) from Peck to Colby roads in Montcalm Township.

Construction on the project will begin in March and wrap up in August, resulting in several detours throughout the six-stage project.

Both the intersections on M-91 at Peck Road and Colby Road will be widened and restriped to feature new center turn lanes.

During portions of the project, M-91 will be completely shut down to thru traffic. Detours will consist of traffic heading northbound on M-91 to be redirected onto eastbound Peck Road, turning northbound onto Fitzner, and then directed westbound onto Dickerson Lake Road back on M-91.

When the last portion of the project is under construction — the Colby Road intersection — the detour will route commuters east on Dickerson Lake Road, south onto Fitzner, and westbound on Sidney Road back to M-91.

In evaluating federal-aid roadways, and utilizing the Pavement Surface Evaluation and Rating (PASER) system — in which roads are given a rating between 1 and 6 — results show that surface ratings in both counties improved from 2018 to 2019.

However, Owocki cautioned against using the results as a direct comparison from year to year.

“At first glance, it looks like the roads improved overall, but again, that data can be a bit misleading because they can be different roads being evaluated each year,” she said.

Road Commission for Montcalm County Superintendent/Manager Mark Christensen said the same roads have been evaluated in Montcalm County for four straight years, but while the PASER rating system is an important tool, he said it is not the only item that should be considered when evaluated the county’s…