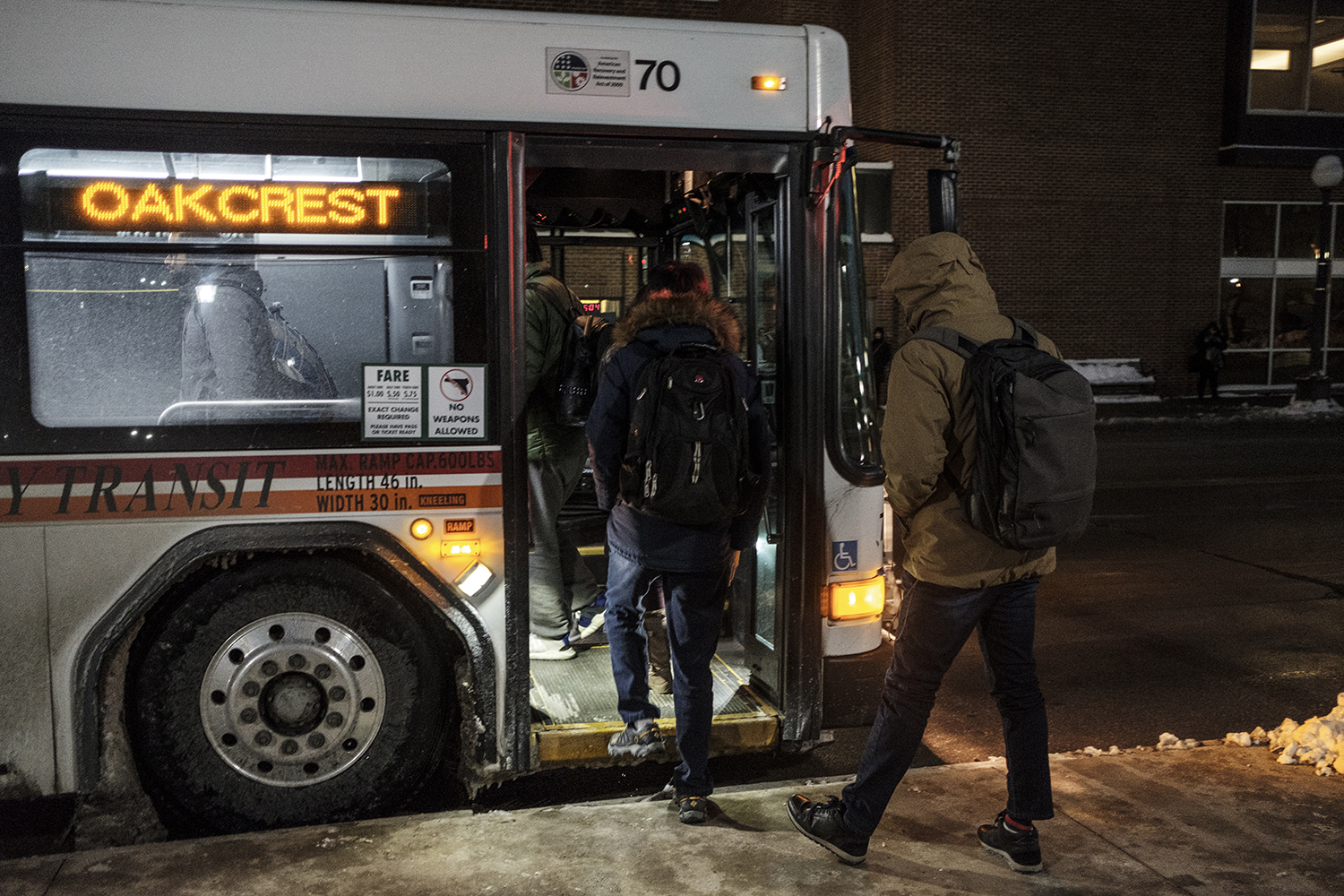 It’s still syllabus week, but that didn’t stop my geography professor from starting her lesson plan. In my Introduction to Sustainability class this week, we learned about the three E’s of sustainability: environment, economics, and equity. The idea is that the common understanding of sustainability as purely scientific concern is incomplete, and that for something to be viable in the long term, it should satisfy all three of the E’s.

That may be an elementary definition of a subject I will spend all semester studying, but it’s a good starting point for understanding something of which Iowa City needs to improve: public transportation. The city is hosting meetings next week to present proposals to better the transit system, and the three E’s are perfectly applicable here.

A main reason Iowa City is looking into the issue is climate change. As the crisis becomes more urgent, Iowa City is on the right track to address it. The city’s Climate Action Plan calls for a significant increase in use of public transportation in order to decrease carbon emmissions.

Having fewer vehicles on the road is an easy way to do that.By getting people out of their cars and into buses, less fuel is used per passenger.

If Iowa City cares about minimizing the damage it does to the climate (and I believe it does), it will pursue this goal as comprehensively as it can.

Iowa City needs to invest more in its public-transit system because a moral community provides a quality standard of living for its members.”

Reducing the number of cars has the added benefits of cleaner air and decongested traffic, both of which are good long-term ideals for any population center.

So, how can the city encourage more citizens to use this more eco-friendly method of getting around? The simplest fix would be to eliminate fees. Of course, that’s not the most financially doable plan, especially on a local-government budget. However, at least lowering fees for some routes would go a long way to promote taking the bus.

This would be particularly impactful for low-income workers who rely on public transportation to get to their jobs. These people can be helped by providing more frequent service in more areas.

Iowa City needs to invest more in its public-transit system because a moral community provides a quality standard of living for its members. This is especially true for those who stand to benefit most from transportation improvements including aforementioned low-income workers, people with disabilities, and others whom society already marginalizes. Our city is already great, but it can be so much greater.

Our government’s willingness to explore options for a better transit system shows there’s already momentum on this sustainability issue. Now we need to make it happen.

Columns reflect the opinions of the authors and are not necessarily those of the Editorial Board, The Daily Iowan, or other organizations in which the author may be involved.