27 May Moving towards unity: Reconciliation Week 2019

Reconciliation Australia Chief Executive Karen Mundine talks to newsGP about this year’s theme and her hopes for a unified future.

Prior to the recent Federal Election, the ABC’s Vote Compass found that two out of three voters supported constitutional change to acknowledge Aboriginal and Torres Strait Islander peoples and give them an independent voice within the Australian Parliament.

Reconciliation Australia Chief Executive Karen Mundine told newsGP she is pleased to see these figures – and at the same time, not surprised.

‘[The results] mirror the results Reconciliation Australia had within our Reconciliation Barometer, with high support for Aboriginal and Torres Strait Islanders having a say in the issues that affect them,’ she said.

‘I think most Australians look at things in a very pragmatic way … all Australians want to have a say in the things that matter to us.

‘And doing that through a representative body sits in our egalitarian, democratic idea of who we are as Australians. And if putting it in a Constitution means taking some of the politics out of it, I think most Australians feel, “Yeah, that makes sense to me”.’

This year’s National Reconciliation Week runs from 27 May to 3 June. The 2019 theme, ‘Grounded in truth, walk together with courage’, aims to work further towards reconciliation and equity by drawing on five key dimensions listed in Reconciliation Australia’s 2016 report:

‘All five dimensions are integrated, so we are only as far progressed as the least progressed,’ Ms Mundine said. ‘And we can’t talk about unity unless we address what makes good relationships.

‘Last year our theme was “Don’t keep history a mystery”, which was about starting to unpack historical acceptance and what that means.

‘This year represents the idea that all positive relationships, whether they’re institutional, personal, or nation to nation, have to be grounded in truth. And if we are truthful in our relationship, that might require us to walk together with courage to face up to some things that perhaps haven’t been so great in our past, and aren’t so great in our current relationship.

‘But if we face that and are brave about it, there is this opportunity for a better outcome for all Australians and, in particular, for First Nations people.’ 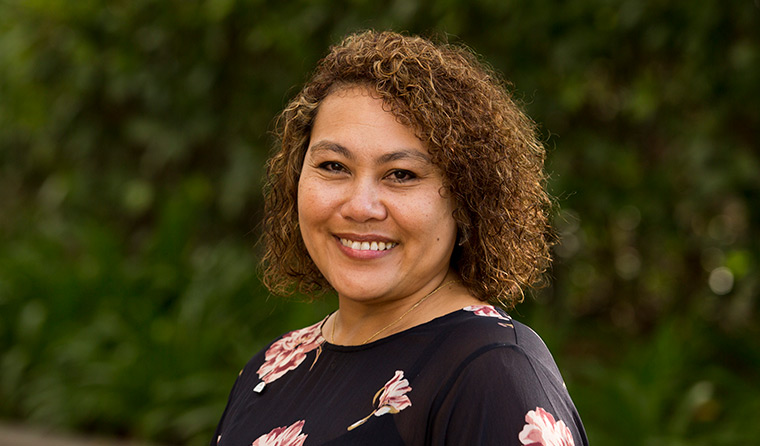 Ms Mundine acknowledges the health sector is especially important in the reconciliation process.

‘We know the statistics around poor health outcomes for Aboriginal and Torres Strait Islander people. There’s quite a gap there in lagging behind the health outcomes of other Australians,’ she said.

‘If we want to talk about jobs and education, it’s hard to achieve any of those if we are feeling unwell and are not at the best of who we can be.’

Ms Mundine has found that awareness of the past and its continuing effects on the present is vital in provision for Aboriginal and Torres Strait Islander healthcare.

‘The reason we have a lot of Aboriginal health and community controlled services is because there was a time when Aboriginal people felt they weren’t getting these services delivered to them, or systemic racism or institutional blinkers that have existed in the past have meant they haven’t got the best healthcare outcomes,’ Ms Mundine said.

‘I think understanding the cultural and historical context helps to explain why people might be reticent to engage, why people shy away.’

Ms Mundine also suggests some actions to boost reconciliation efforts, from establishing a Reconciliation Action Plan (RAP), to simply providing indicators that a practice is a safe space for Aboriginal and Torres Strait Islander patients.

‘Sometimes it’s not about doing the delivery itself, but working collaboratively with a community health or Aboriginal Community Controlled health centre, where people already feel safe,’ she said.

Part of being ‘grounded in truth’ may also require having some courageous conversations, a process Ms Mundine acknowledges can be difficult. However, she believes the high levels of support for Constitutional recognition means many of these conversations will start from a positive basis.

‘The latest figures from our Reconciliation Barometer show that 97% of Aboriginal and Torres Strait Islander people and 90% of the broader Australian community think the relationship is important,’ she said.

‘That’s nearly 100%, and I think that’s a great starting point to go from in the sense of nobody’s here to tear this down – everybody wants this to work.’

Ms Mundine believes that, while it is important to acknowledge negative events, it is also vital to remember positives.

‘There are also stories about great achievement of Aboriginal and Torres Strait Islander people and where they stepped up in the broader community, like the black diggers who joined the military when they weren’t even considered citizens,’ she said.

‘It’s these kind of stories, it’s all of it – the good, it’s the bad, the ugly – these are the things that make us Australian, that forge our relationship, our resilience, that contribute to making things better in the future.’